The dates: WEEKLY ON TUESDAYS

18:00 meeting with the guide in the hotel lobby. Transfer with guide by public transport (train-subway) to the station of departure of Sky Bus (Tokyo station).

19:20 – Departure by evening tour of Tokyo on the tour bus with an open roof Sky Hop Bus. You will pass through the night of Tokyo, will see the most beautiful parts of the city and places, lit up by millions of neon lights:

– Ginza (considered the most expensive district of Tokyo, there are shops and boutiques of world famous brands, showcases which are often truly a work of art)

The Rainbow Bridge . connecting the town with the artificially-created island of Odaiba (where can admire the unforgettable night view of Tokyo Bay)

– Tokyo tower (which one of the symbols of the capital, in the evenings is always lit with lights, sometimes the illumination is changed depending on city events, celebrations).

– Nightlife area – Roppongi (here You can feel the rhythm of life night Tokyo, there are plenty of restaurants, bars, cafes and discos gathers visitors from different countries of the world).Walking after bus – stop and exit at the building of Roppongi hills and visit the observation platform.

21:00 End of excursion, return to the hotel with guide (to the subway).

. In case of bad weather the Sky Hop Bus excursion will be replaced by a trip to Oedo-Onsen-traditional hot spring, restaurants, souvenir stalls, in the style of the Edo period (located in Odaiba).

Meeting with Russian speaking guide in the hotel lobby

– will take a trip on the artificial island of Odaiba,

During the second part of the tour You will visit the temple Meiji-Jingu Shrine, souvenir shop Oriental Bazaar and stroll along Omotesando, «Tokyo Champs Elysees”, where is the most unusual and modern architectural projects in the capital, as well as THE boutiques of world famous brands, Japanese toy store Kiddyland.

The tour concludes with a visit to the temple Sengakuji where ended one of the most popular legends of Japan – the story of 47 samurai who showed the wonders of devotion and courage, to avenge the death of his master. In the temple of a Zen Buddhist of the Soto school, is the tomb of the daimyo Asano and the 47 ronin graves, sentenced, after feat to the ritual suicide. These tombs are the object of worship for all followers of the samurai code of honor Bushido. Legend was released on the big screens around the world in the movie “47 ronin” with Keanu Reeves in the title role.

Return to the hotel.

***Optional tours as you wish: Aquarium and a water Park Hakkeijima Sea Paradise.

09:00 Meeting with guide in the lobby / Tour guide in kamakura by public transport:

The move to kamakura (Kamakura) – the city of ancient temples, shrines, gardens and beautiful hills and coasts. Here is a very favorite holiday destination of Tokyo. Here You Are:

– visit the Shinto Shrine of the God of war Hachimangu Shrine (Tsurugaoka Hachimangu Shrine), built in 1063 and dedicated to the Emperor of Odin, which is popularly considered to be the deity-patron of samurai class. In 1191 the building burned down, but in the same year it was re-built Crane on Tsurugaoka hill. Six centuries of fire again destroyed it; now most of the buildings dates back to 1828, the hill offers a wonderful panorama of the city and the coast.

– stroll through the narrow streets with souvenir shops.

– visit the temple of Hasedera dedicated to the Goddess of mercy Kannon.

– you will see a Bronze statue of Great Buddha – “Daibutsu” (Statue of The Great Buddha at Kotoku-in Temple) – the symbol of Kamakura, the second largest in Japan (the first is in Nara). The statue was cast in 1252 g, the height of 13,35 meters and weighs 121 tons. Depicts Buddha in deep meditation, his whole countenance radiates peace and quiet. The temple that housed the statue, in 1945 was swept away by a tidal wave, and since then the Buddha sitting under the open sky.18:00

Breakfast in the hotel 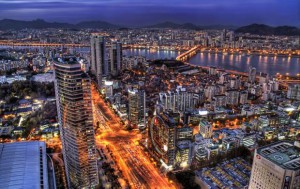