Traditions of Thailand have their roots in religion and history of the country, penetrating the everyday life of a lot of specific features. Before going to this country should read the rules of conduct in public places and customs in communication. Tradition of Thailand is deeply imbued with religious feeling: the basic rules of life are reduced to a discreet and respectful manner of conduct in accordance with the position and status with whom you communicate. The principles of mercy and compassion towards all living beings are the basis of Thai culture. The task of any Thai – lead a righteous life in order to stop the path of suffering and reincarnations.

The traditional Thai greeting of “Wai” accompanied by a gesture with folded hands “boat”, which are applied to the chest or to the forehead and a slight bow. So you will be welcomed by most Thais. Greeting it is customary to return, i.e. to bow in response. But one shouldn’t blindly adopt this tradition and to greet so with any comer. In the tradition of Thailand not to return “Wai” to the waiters, maintenance staff and children. The duration depends on the position of the person with whom you shake. Therefore, the development of Thai welcome – thin and long art. Thoughtless copying of any tradition of Thailand will be seen as disrespectful, although the locals will still respond politely and discreetly, not giving the appearance. If you are confused or not sure that doing something right, look at the Thais themselves. Their behavior will tell you how to behave in an unfamiliar place, in the temple or restaurant. Surveillance and infiltration in the tradition of Thailand is a very exciting experience that will bring you many new experiences.

What customs of Thailand is necessary to comply with

Customs Thailand – everyday is very subtle or very eye-catching traditions that permeate the whole life of the Thai people, the rules and norms of behavior, rules of communication. It’s a fascinating journey into the culture, history and religion of the country, interaction with the living tissue of everyday life of the people, which will not see in museums and ancient sites. Penetration into the traditions and customs of Thailand can be a real culture shock, as, indeed, in any Asian culture. Thailand customs are very specific, very strict, erratic, deeply religious.

In Thai culture it is not accepted to touch the head, twirl your hair, stroking. Including children. It is believed that this is a vessel of the spirit, man guarding, and a touch thoughtless insult him. Is also inadmissible, for example, to touch women without their consent. The education of girls in this country are very conservative and meant to protect women from undue familiarity, and from the possible brutality of men. A friendly Pat or hug women would be perceived as an insult. As for the men, the customs of Thailand don’t mean a handshake at the greeting, we can restrict the universal “Hello”, which is less likely to be trapped than when using traditional Thai “Wai”.

You should not point at anything or anybody the foot and lower part of the body. They are considered to be sinful, and such a gesture would be taken as extreme disrespect. For the same reason, the customs of Thailand are negative towards the sitting posture “legs”. It’s undesirable to sit, sending her legs crossed or to the side of the statue or image of Buddha. In churches and some homes take off your shoes, even if the owners say it’s optional. They will not submit, but would be lovely if you stay in the Shoe. 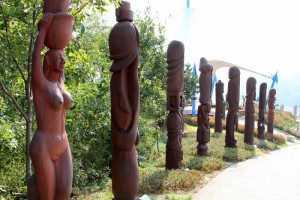 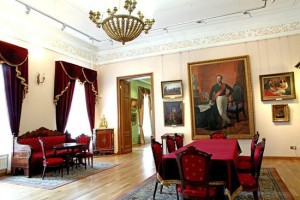