Looking into Japanese history, specifically during the time preceding the beginning of the XII century, you can see that traditional marriages for many centuries in Japan were polygamous. All the wives lived in different houses, and the husband visited them in turn, staying in each house for a few days or weeks.

The tradition began to change with the advent in Japan of the samurai class since the beginning of the XII century. Since then, every Japanese man is supposed to have only one wife. But within a few centuries young Japanese could not independently choose their life partner and marry for love. In the XII century wedding in Japan was seen as creating a kind of a military coalition between the families of bride and groom, but about feelings, emotions, and spiritual experiences, and few people cared. Search “second half” for the groom or the bride was carried out using Nakada – Japanese matchmakers and matchmakers. The decision of marriage taken by the parents of the bride and groom. Nakodo in this case acted as responsible for the marriage of the prisoner – man for several years after the wedding, he was instructed to observe the relationship of the newlyweds. If the marriage for whatever reason was unsuccessful, the blame for this situation was considered nakodo, who incorrectly picked up a couple.

With the advent of the twentieth century Japanese wedding gradually began to acquire a more democratic tradition. Brides and grooms got a chance to marry for love, although the tradition is to look for a contender for the role of a spouse in his circle remains today. This applies particularly to wealthy families – their families are expected to marry as equals. However, throughout the rest of the wedding in Japan can be considered even more democratic than, for example, in Europe.

Engagement in Japan at the moment, much like the European. In a sign that the groom offers his bride’s hand and heart, he must give her a ring poolee. Ideally, if the ring is with diamond, but allowed other precious stones. In recent times it has become fashionable to give the bride a ring with a stone that corresponds to the date of her birth.

The guests accepted invitations to send out for 2-3 months before the solemn event. Guests who received invitations should send the response card – it is reported, will they be able to attend the wedding. Wedding in Japan is interesting for the fact that her gifts are not only bride and groom but all other guests – from newlyweds and their parents. It can be as the same sets of dishes, and something original to every guest.

In Japan there is no Registrar or marriage palaces. A marriage certificate is not accepted to give in a festive atmosphere – come for him in the local municipality as for any other document or certificate. Celebration of marriage may be held in one of the specialized wedding malls, which has everything needed – for both the Church wedding and Banquet halls, Lounges, etc.

The Japanese are very tolerant towards any religions, but because the wedding can take place in a Buddhist, Shinto or Catholic traditions – in any of the temples. In the first two cases, the bride and groom dress up in traditional wedding kimono, which are usually rented, and crown, following ancient Japanese tradition. On the head of the bride in this case will be the traditional headdress, resembling in appearance a hood. Under him, according to ancient belief, the girl hides her “horns of jealousy” that supposedly every woman has.

Currently, however, Japanese young people often choose the European version of a wedding – the bride in a gorgeous white dress and veil, the groom in a wedding tuxedo or dressy suit. After the official part – the wedding – the bride often change white wedding dress for any evening color. In such attire is much more convenient to attend the Banquet.

The Japanese Banquet for the wedding is not necessarily Japanese food. Now become increasingly popular French and Italian dishes that are prepared for wedding celebrations. If the Banquet has a lot of relatives and friends of the newlyweds, for their amusement now hire a toastmaster and musicians. Wedding music in Japan sounds throughout the Banquet, popular karaoke songs and especially likes to indulge in this particular pastime of the Japanese youth. But despite such “musicality” of a wedding celebration, it is not made to dance. Numerous guests have fun jokes Toastmasters, communication and the utterance of numerous toasts in honor of the young couple. By the way, traditionally, the toasts, you cannot use the words “return” and “cutting”, which can mean the end of intimate relationships, the gap. 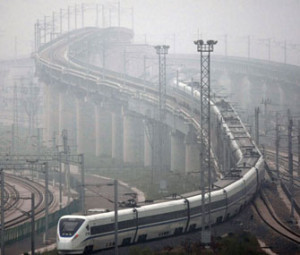 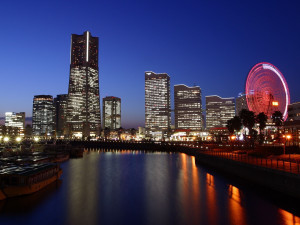 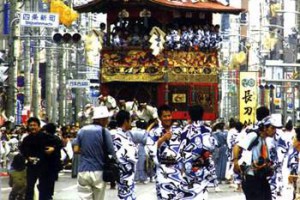